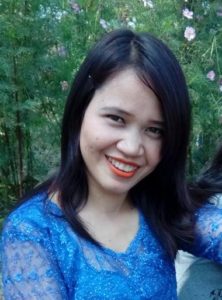 Healing the wounded heart of a nation

“I come from a country of war victims and survivors of genocide,” Ly Chhay Chhay Loem says, citing the brutal Pol Pot regime (1975-1979) that saw twenty million people tortured, overworked, and suffering from diseases. Two million were murdered or starved to death, “including my grandmother and uncle,” she says. During the war in Vietnam, according to a Yale study, the US dropped nearly three million tons of bombs on Cambodia, making it the most heavily bombed country in history.

Li’s mother worked extremely hard as a laborer, and Ly Chhay grew up seeing the legacy of war and tyranny in her simple fishing village along a tributary of the Mekong River. “I hear many terrible stories of Cambodians who are living with emotional and psychological trauma, afraid to speak the truth,” she says, though the conflicts officially ended decades ago. “We feel disempowered, scared, and let greedy [people] and corruption rule the country.” While Ly Chhay was attending HSI, a pro-democracy commentator was gunned down in Phnom Penh days after revealing the vast wealth that a current public official’s family had accumulated. The murder stirred fears of the return of oppression, but, Ly Chhay says, “If we care too much about history, we can never move on.” She admires a quote from Martin Luther King, Jr: “Let no man bring you low enough to hate him.” She explains, “My family and community have taught me to love, to forgive, and to help each other.” Problem-solvers look to the future, she says. “I feel compelled to heal my country’s wounded heart.”

Her aunt and other relatives saw no need of schooling and taunted her for attending. Yet, Ly Chhay marveled at “the water lilies that grow up from the mud and blossom into something beautiful,” and knew that her background was not her future. “Even though my mother cannot read and write, she still wanted me to be educated,” she says, and her brother stopped his own studies to work and help her family with Li’s school fees.

Ly Chhay rose at 3:00 A.M. daily, reviewed homework, and “rode my bicycle to school alone in the early mornings and dark evenings, though it was dangerous for a girl.” She also joined various leadership programs through NGOs—beginning with the vital Khmer Youth Association (KYA)—launching campaigns, workshops, trainings, public forums, and meetings—all addressing human rights, women’s and children’s rights to health care, hygiene, nutrition, community development, and the importance of education. She organized a youth concert attended by five hundred people, raised funds to help flood and fire victims rebuild their homes, and translated for the Peace Corps. “My father smiled with teary eyes and pride whenever he heard my voice on the radio station talking about youth empowerment and participation,” Ly Chhay says.

She watched all her friends drop out of school, get married, and become factory workers in order to survive. Seeking a scholarship, Ly Chhay used Skype to receive counseling sessions with the Rising Star program offered by Wedu Global Leadership Development in Bangkok, Thailand. To earn money, she sold phones and sim cards throughout the provinces. Representing a water and sanitation company, she helped sell wells and toilets in eighteen villages. For one of her projects, she won an Outstanding Youth Champion from the Khmer Youth Association. Finally, in August of 2012, the IKEA Foundation awarded Ly Chhay a full scholarship to attend the Asian University for Women (AUW) in Chittagong, Bangladesh, becoming the first and only person from her village who has been to a university and lived abroad. She is about to graduate with a major is Politics, Philosophy, and Economics (PPE), and minor in Development Studies.

At AUW, Ly Chhay became active in the Model UN (MUN) programs. She took the task of being the director of finance for an international conference, but at the closing ceremony, their Under Secretary General failed to credit her along with the other directors. To Li, the slight was not about fame or honor but how it made her feel, as if others saw her as unimportant, but she remained silent. “I was taught to always be silent,” she says. Her mother insisted that contentious girls were considered rude, yet Ly Chhay knew she had a right to be heard. What is important is “how I speak to my inner self, and I will not settle for anything less than honesty. I am not scared to speak up anymore. It was a big lesson for me.”

Ly Chhay was soon in demand as a speaker. Wedu Global, which she says is an “amazing organization that empowers young women to become leaders,” invited her to and event in Berkeley, California, but Ly Chhay had to decline because of Visa difficulties, which happened again with a visit to the White House, representing AUW at an event hosted by First Lady Michelle Obama. Ly Chhay did speak in English to over 120 Asian women and helped produce “the best and biggest workshop in Wedu Global history.” Her classmates subsequently elected her as their class representative. By June of 2013, Wedu Global invited her to speak to 5,000 men and women in Malaysia, also featuring Melinda Gates, Chelsea Clinton, Acumen, heads of state, and royalty. (Unfortunately, she couldn’t attend because of finals.)

Ly Chhay worked as an intern for Young Power in Social Action YPSA, researching the education of youth with disabilities in Bangladesh. In the summer of 2015, she attended the Asia Institute of Political Economy (AIPE) held at the University of Hong Kong. When she returned to Bangladesh in August, she co-founded the Center for Research and Policy Implementation that aims to create a research platform for social issues, explore strategies for outreach, and establish mentorships. “I want to ensure that the next generations are able to get good education, better careers, become moral, peaceful, and ethical citizens, and to revolutionize women’s leadership roles,” she says. “I envision myself as the first female prime minister of Cambodia.”