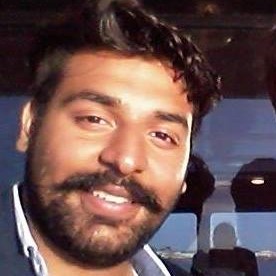 The powerful voice of a social analyst and humanitarian

Monsoon rains began in July of 2010, and Naad-e-Ali Sulehria, who goes by Ali, was a Pakistani youth of sixteen. Rebellion agitated certain provinces. A nuclear-armed military was hostile to a nuclear-armed India next door. Pakistan was unprepared for crisis, but the monsoon brought more rain than it had in eighty years, and the Indus River overflowed to flood one-fifth of Pakistan’s land space, killing 1,700 people and causing immeasurable damage.

By October, the flood waters were gone, but social problems were not. Ali joined a series of national level campaigns, leading or participating in causes like ending child abuse, women’s empowerment, the preservation of democratic government, interfaith harmony, minority-rights advocacy, anti-corruption, anti-drugs, and anti-extremism while in high school and continuing them into his college years, which began in 2012 at the University of Management and Technology (UMT) in Lahore, where he focused on international relations.

During the summer break of 2013, Ali began informing himself through books and podcasts, and turned to writing political and economic articles in prestigious forums as rain fell longer and harder. He blamed climate change and turned to flood relief work. As he gazed into the drowned fields, the first people he and his team saw were a man named Asif carrying his daughters on his back while holding his pregnant wife, desperately urging his family to move forward. Ali and his team rescued them and hundreds more, but Asif and his family needed medical attention. Ali realized that rescue alone wouldn’t ensure the family’s survival, and he personally further assisted Asif’s family and many others, until they were provided with shelter and a medical facility.

Ali knew this was only a start, and he’d learned that external aid had often led to communities that failed to utilize local resources. He knew about the waste of relief materials and funding, insufficient vital items and excesses of nonessentials, and distribution that favored certain groups only to aggravate class tensions. “Communities relying on external support lose their will to manage matters on their own,” Ali says. To encourage self-reliance and self-determination, he focused on employment for Asif, schooling for his daughters, a healthy delivery when the baby arrived, and a small homegrown business for Asif’s wife.

Ali had mobilized twenty-four young but committed volunteers and divided them into groups of four, each with an assigned task: continuing relief operations for protection of life and property, strategizing, fund-raising, collecting and purchasing food hampers and tarpaulins, logistics, supplying safe drinking water, ensuring sanitation, and communicating with other organizations. Ali personally worked with NGOs as a translator, aid distributor, social mobilizer, and case study worker. “Though, it took much effort to achieve all these goals,” he says, “the payoff came when Asif started helping the other victim families in the same manner as he was helped.” Ali’s initiatives as a community leader led to schooling for Asif’s daughters, vocational training programs, seminars, and workshops on safety, all to help flood victims get back on their feet.

By the following January, Ali’s life had normalized, and he became an ambassador of the Political Science Department of his university, organizing domestic and international tours and security for various festivals. In April, he joined the University Debating Club, Social Welfare Society, and Media Club. The School of Social Sciences at UMT awarded Ali a certificate for organizing an international conference titled, “Pakistan and China, Bilateral and Beyond Bilateral Exchanges,” which later led, in part, to his brilliant article in the Express Tribune’s blog. Stressing trade and competition over conflict, Ali warns, “Sometimes the major states use economy as a tool of politics to intervene in the internal policies of small states by exploiting and controlling their markets under the phenomenon of economic imperialism.” His contributions eventually earned him a recognition certificate as an author from the Express Tribune, an English newspaper.

While his theoretical and historical knowledge grew, his summers usually involved direct experience. First as a case study worker, then as a social mobilizer for a model orphanage children’s home, Ali worked full time for the City District Government, Ministry of Social Welfare through the government of Punjab, receiving a Young Social Worker Award for his efforts.

In January of 2015, Ali became a Youth Ambassador at World Peace and Unity Council in Pakistan, spending 120 hours a month in ongoing activities, where he earned an honor award. The following summer, he did full time research, event planning, training assistance, and program coordination as an intern for Media Foundation 360, again receiving a recognition certificate. Then in September, three weeks of training in environmental protection, sustainable development, and climate change, brought an Environmental Best Practice Award for his research paper on the theme of “Climate-Change Politics: Role of Community in Mitigation.” At the end of the fall semester, UMT presented him with the Rector’s Merit Awards for top grades.

“I have strong faith in my community’s and my own capacity to end stagnation and build a better future,” Ali says, envisioning medical facilities for all, rehabilitation centers for young drug addicts, free education to impoverished children, and job training to the unemployed. He believes his country should uphold universally recognized principles of international law as codified in the United Nations charter. To that end, he supports “watchdogs and advocacy groups where those seeking justice can get their voices heard” as they demand human rights and freedom. Yet Ali also understands that there is a greater context necessary to achieve these ideals.

“Pakistan is facing two fronts – one against India and the other against terrorists – which in turn diverts its priorities and attentions from domestic development to accruing military prowess.” The second front is the age-old conflict with India, whose defense minister “prioritizes the deterioration of the country’s social fabric by bolstering the anti-Pakistan elements,” he says, referring to the destabilizing terrorism of separatists who feel that the government is against their demand for self-determination.

“The gulf widens between those identified as moderate citizens favoring democracy and those promoting a religiously authoritarian state.” Separatism and nationalism are “two contradictory paradigms” exploited by politicians and media so that “nationalism has been replaced with jingoism, while nepotism accentuates moral corruption.”

When he finishes his education, Ali says, “I earnestly want to pursue a career in International peace-building organizations.”