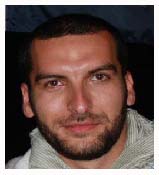 A devoted leader knows the duty, but an unworthy one always seeks benefits.

Tamerlan Ibaev believes that inhumane and politically motivated laws, especially those that have tyrannized his people, emanate from unworthy leadership, and that only a new generation of democratically oriented young people can implement reforms that protect basic human freedoms. Having endured oppression, Tamerlan studied the positive qualities of leaders as well as fundamental beliefs that enable irresponsible leaders. Nationalism, for example, may seem like a positive concept, Tamerlan says, but he’s seen its price firsthand—the bloodiest conflicts that happened in Chechnya in 1994 and 1999.  He believes the actions of the Communist government instilled hatred among the Chechen people, which, in turn, fostered mutual discrimination between the Chechens and Russians that led to cruelty and eventually war.

Nationalistic thinking on both sides caused people to equate the citizens with the criminal actions of their government and its power machine, perpetuating more hatred. Tamerlan is convinced that the horrifying shootouts could have been avoided if both sides had made some effort to look beyond mere nationalistic prejudices to sit down together and find compromises. He likes the Russian expression: “Your speech is not in your legs, so sit down!”

Tamerlan credits his outlook to his education, which wouldn’t have been possible if not for the determination and devotion of his parents. Equally important, however, was his belief that new leaders could bring hope for the future and inspire ordinary people. He admires Petr Arkadjevich Stolypin, the last Prime Minister of the Russian Empire, who said in 1902, “It is the light of mind that empowers a state to upgrade development in all spheres.” These powerful convictions drove Tamerlan to study despite the ever-present fear of armed conflict.

He participated in a highly competitive undergraduate exchange program funded by the U.S. State Department called Global UGRAD, implemented throughout Eurasia and Asia. Through this program, he attended Augustana College for a year in South Dakota where he gained a different perspective on life in the USA. “Only constant learning and self-improvement lead to success,” Tamerlan says, which drew him to the HSI experience, along with the goal of connecting with “non-virtual partners,” a face-to-face networking process that builds bridges and supports future projects. He admits to being disheartened by the deterioration of relations between the U.S. and Russia, but he sees cross-cultural programs as vital to the mindsets of individuals which, in turn, builds a positive and responsible national consciousness.

Xenophobia is a hurdle throughout Russia, but one multi-cultural program convinced Tamerlan that mutual dialogue is a great peacemaking tool if used properly. The Youth Interethnic Union of Volgograd drew many national diasporas together to promote ethnic conflict resolution and enhance tolerance. What they achieved far surpassed this goal. Students chose Tamerlan to be the Chechen team’s captain. Each team invited others to their national holiday celebrations, which included flash mobs, dances, performances, and cooking fests. Fearing what they knew little about, many participants originally had no idea that Chechens are actually very friendly and hospitable people. The result of this cooperation included lasting friendships among Chechen, Russian, Jewish, Ukrainian, Mordvinian, and other youths.

Tamerlan also promotes small actions that bring positive change into the Chechen society, which, overall, is steadily recovering, a process he hopes to help shift towards economic and political development. His two current projects: ramping up the fight against HIV/AIDS and launching a coherent English language club, including a well organized English library in Grozny.

Leadership to Tamerlan emphasizes conflict resolution, management of community projects, pursuing youth-related policies, effective public speaking, inspiring and motivating others, and modeling exceptional behavior. It requires honesty, courage, readiness to sacrifice and work hard, devotion to a worthy cause, absence of arrogance, and striving for public good. Confucius would no doubt agree.