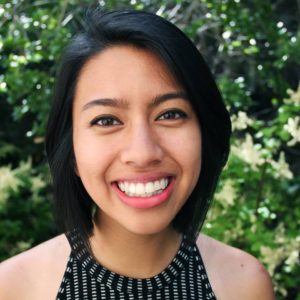 As a child, Julia Solano knew that one basic change could make the world a much better place. She explains that her parents cared deeply about each other, but “my father believed in reincarnation and Hare Krishna, and my mother was a Fundamental Baptist Christian,” and this conceptual schism dominated her childhood, determining everything from permissible food to worldview. Though “packed with good intentions, words were thrown like breaking dishes that sliced the air,” Julia says, and on birthdays and holidays, “everyone pretended to be happier than they were. My parents thought if they walked into another room while arguing,” their daughter would still “have fond memories of cutting the birthday cake. All I remember are the fights I couldn’t block out, and the images I can’t unsee.”

Yet, the experience led to a profound realization. “Living this power struggle firsthand has given me insight into how powerful and destructive the idea of difference can be, both within homes and around the world,” whether based on religion, country, or skin color. She understands that this delineation is an attempt to “separate and safeguard,” but it underlies vast damage to human emotions. “Being born in the intersection of two conflicting ideologies, has pushed me to seek my own truth, to develop empathy and understand and advocate for the other,” Julia says. “As a designer and researcher, I’m passionate about using ‘design thinking’ and about the work I do to understand and help those who are different from me.”

She began this approach while still in high school, tutoring disadvantaged kids in math and English, and winning two contests that advanced her thinking: the Sustainable Architecture and Design Competition, sponsored by California Dream Week, a non-profit that challenges teens to explore science, architecture, engineering, and design to create sustainable solutions for the planet; and the Voice Your Verse Competition.

As a freshman at UC Berkeley studying engineering, architecture, and design, Julia discovered that there was no Human-Centered Design community. She became actively involved in design and engineering clubs, and her sense of empathy solidified into a successful policy: “Understanding a problem from the perspective of the person who’s experiencing it is vital in creating any kind of solution, whether a physical product, digital platform, or face-to-face intervention program,” Julia says.

She spent the next summer in Estonia, developing her first startup at the European Innovation Academy. The problem she and her team tackled was improving annual meetings. She interviewed executives of major Baltic corporations, conducted research, created mock-ups, and developed user interfaces, focusing on revolutionizing annual general meetings. In July, she was a finalist in the pitch competition, and in August, Julia became the designer and Co-Founder of Fresh AGM (annual general meeting), a finance start-up.

In her sophomore year, she served as Partnership Chair for Berkeley Innovation, a student-run human-centered design club devoted to user research, experience, interface design, and product design. She set up semester-long interdisciplinary internships for over forty students per semester with an outreach that included eighty plus potential partnership companies, non-profits and start-ups. She coordinated individualized collaborations designed to maximize the benefit to students and community. “By the time I stepped down from Partnership Chair,” Julia says, “I had arranged over forty-plus design consulting projects, involving 160 plus UC Berkeley students with companies like Microsoft, Walmart Labs, and Accenture, design firms like Cooper and Vertigo, and non-profits like the Santa Cruz Children’s Museum of Discovery.

She also joined the executive team of Design Engineering Collaborative (DEC), launching SHED (Student Hub for Engineering Design) a student-run makerspace—essentially a workshop where undergraduates develop physical prototyping projects with access to 3D printers, soldering irons, CNCs (programmable machine tools) and more—twenty-four hours a day. As Space Captain, Julia managed a team of five students, tasking them with partnerships, outreach, advertising, space maintenance, and funding, based on their skill sets. Julia founded several clubs, such as Women in Mathematics, and many of those she mentored created and led their own clubs in robotics, virtual reality, and EnableTech, a club dedicated to designing for people with disabilities.

The summer after her sophomore year, she interned for Workday, a tech company that makes HR software and offers perks such as free corporate housing, ping-pong tables, catered breakfasts, and free trips to theme parks. Her role in Design Thinking greatly expanded her empathy in terms of “designing for the user, understanding the root of a problem, and developing a solution in collaboration with a target audience.” The next semester at Berkeley, she worked with a team to create “Magoo, a glove and necklace wearable device that uses haptic [kinesthetic communication] feedback to assist the blind with obstacle detection and navigation.”

Also that year, the Jacobs Institute for Design Innovation invited Julia to be the lone student representative, offering input alongside a variety of faculty leaders to create a new building dedicated to hands-on, project-based, interdisciplinary design—“the kind of building I wish existed when I was a freshman,” Julia says. She convinced them that “graphic design, set design, and fashion design belong in Jacobs just as much as mechanical engineering design and circuit design.” They also created the Makerpass, giving students access and mentorship in all engineering makerspaces across campus, currently enabling 1,500 Berkeley students to use them each semester. “I’m proud to say design at Berkeley has grown to over twenty-two student-led design clubs and over sixty classes ranging from web design, bio-inspired design, to design in nuclear power technology.” All the clubs and spaces Julia helped launch are thriving.

As interesting and exciting as her undergraduate experiences were, Julia felt unfulfilled. “I don’t want to spend my life crafting innovative solutions to first world problems,” she says. She signed on as a Winter Solar Field representative and worked in Tamale, in rural Ghana. She pitched the concept of a solar charging center to the chief of the Takpili people with the entire village, even the children, building a mud and gravel brick hut to house it. The village elders chose four enterprising women to run it, and Julia and the team taught them how to wire up the solar panels and generator along with basic accounting and sales. “The women did a wonderful job, tallying the sales, replacing old batteries in lanterns, and charging cell phones. We watched in amazement as one by one, households began to light up in the darkness. Now over six hundred people in Takpili have access to renewable light and electricity. Working in Takpili was an absolutely amazing opportunity that showed me the power of social entrepreneurship.”

Julia has gone on to earn more awards and create startups, but as co-founder and designer, she is especially committed to Humanitas. “My team and I believe that knowledge and collaboration are keys to solving the world’s most pressing problems,” she says. Humanitas is a global database initiative that encourages philanthropists and foundations to do exactly that using shared information. Through extensive research and interviews, Humanitas is addressing the problems of fund distribution and lack of transparency in the philanthropic world by merging the power of data aggregation “to craft a philanthropic ecosystem that is more collaborative and transparent.”

According to Julia, “The world can only be changed through mutual respect for each other’s differences and ideas. I want to use technology to make that process more efficient, to build bridges through empathy to allow people to see each other as they are instead of what the media or stereotypes portray them to be.” She offers wonderful insight for the future: “Our world is on the brink of the fourth Industrial Revolution,” she says. “With advances in robotics, artificial intelligence, IoT [the Internet of Things—smart devices], virtual reality, 3D printing, and autonomous vehicles, technology in our everyday lives will only grow stronger and smarter. We need a generation of humanitarian-focused individuals who not only understand where this shift is happening, but have the insight and ability to craft that future change to create a more balanced and peaceful world.” Julia spent the past four years diving into the world of technology through internships and her own startups to help her step into this role. “It is my life goal to encourage peace and collaboration through design and technology to make the world a better place.