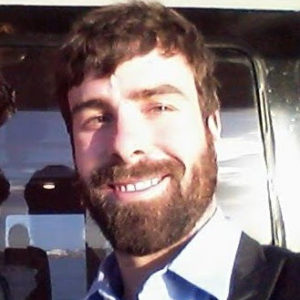 The young man ringing up pot roast sales at Federal Meat Market in Williamsville, New York might have surprised his customers if they’d asked him about himself. He could quote the Dalai Lama about the far-reaching effects an individual can achieve, like a pebble creating ripples that reach the distant rim of the pond. He might have amazed shoppers with a swashbuckling story of a Sino-Japanese scholar-pirate named Koxinga who shocked the world by being the first to defeat a Western power when his army captured Taiwan from the Dutch. Patrons might have been stunned to learn of the meat-clerk’s knowledge of Asian maritime policies, or the fact that he was soon bound for Africa. Who was this fascinating person behind a counter in a small town known for its old mill and quaint train station?

“Though this region is a world away,” Jonathan says, “my country’s economic bonds with Asian nations affect my community in innumerable ways, ranging from the car industry, to the job market, and technology.” He’s concerned with China’s growing industrial power, the Trans Pacific Partnership, and the dispute over islands with large deposits of oil in the South China Sea—which are also of great interest to Japan, the Philippines, Vietnam, and Indonesia, which, in turn, have formed alliances that may incur military escalation. “China has been using its first aircraft carrier since 2013 and constructing a second,” he says, designed to target American aircraft. “As China has a long history, so does the rest of the region and one they remember.” With so much at stake, Jonathan chose a minor in Asian Studies.

Throughout his college years, Jonathan assisted students in various capacities, as a Resident Assistant, mentor, and private tutor, setting goals, interfacing with committees, developing communication skills, and applying learning strategies. Seeking broader experience after graduation, he signed on with the Peace Corps as a Youth Development Coordinator in Wum, North West, Cameroon, Africa.

In Wum, he and his local constituents sponsored an ongoing girls soccer tournament, the first of its kind in the region, drawing increased participation from seven schools to seventeen. In a community where the HIV rate is 10-15%, Jonathan’s organization worked with schools to hold Grassroots Soccer HIV sessions, a program developed in South Africa that employs the enthusiasm for the main sport of Cameroon as an opportunity to also provide instruction in avoiding HIV and unwanted pregnancy. “Stigmas are a huge concern when working with HIV,” Jonathan says. There are also various myths surrounding HIV (It is a device put into condoms by the USA) and tribal traditions that further complicate the issue (a community where people procreate early for fear of dying without progeny and therefore having their body cast into the bush for the animals).

To address health and nutrition deficiencies, Jonathan and his constituents established small village groups involving a hundred women, covering market gardening skills in sessions on the cultivation of specific crops and basic market practices that resulted in a local farming co-op. “Half the crops they harvest will go to their tables,” Jonathan says, “while the other half is sold in the market to make the program sustainable.”

Jonathan gained experience working with two NGOs, Refuge for African Child (REACH) and the Cameroonian National Youth Council (CNYC), providing a comfortable gathering place for the community’s youth to enjoy movies with discussions of story and vocabulary afterwards. He improved REACH’s capabilities through trainings and collaborations with other NGOs and companies throughout Cameroon, Africa, and America, while gaining support and funds from government delegations. Working with REACH has shown Jonathan how the synergy of mixed cultures can increase understanding and output. The Peace Corps leadership experience taught him the flexibility of leading in different situations and “the importance of cooperating with different entities and the roles they play in a program’s success.” Working at the international level in different communities as they develop has been intensely valuable.

Jonathan begins his master’s degree at Tufts University, continuing with international relations concerning Asian policy. Having worked with the Peace Corps and seeing how work is done in the US embassy, he’s interested in a career with the State Department but intends to learn more of the different opportunities a degree in Law and Diplomacy would afford. “As interactions change,” Jonathan says, “national leaders will seek information and advice from experts,” and in some capacity, he hopes to assist with research-based formulation of Asian maritime policy. “It is this position I wish to enter as policies are created in our ever changing world.”