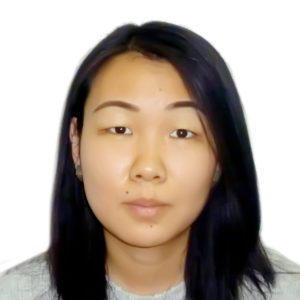 Working with economics to make a social impact

In May of 2005, Darya An was ten years old, reacting to an outbreak of violence at the eastern end of Uzbekistan, resulting in many deaths, including women and children. Darya lives in Tashkent in the eastern part of the country, and her family was in no danger at the time. “I just failed to understand how and why people could kill each other,” she says. “My parents and teachers tried to explain about political, religious, and many different issues, but it didn’t answer my question. How can one human being for any reason in the world take a weapon and kill another one, just take his life away?” To a ten-year-old, killing was unacceptable. “And still is,” she says.

As a Central Asian country, Uzbekistan is considered to be strategically located—as it always has been. Iranian, Persian, Mongol, Turk, Russian, and many more empires dominated the region throughout history. Even though Uzbekistan hasn’t been directly involved in recent fighting, Darya explains that “prolonged violent conflicts and military occupation in several Asian countries have far-reaching political implications and a detrimental effect on development in Uzbekistan.

Add to the stifling governmental presence the weight of tradition and culture shock. The cities of Bukhara and Samarqand became prosperous bazaars along the Silk Road in the eighth century, and remain among the oldest continuously inhabited cities in the world with breathtaking World Heritage Sites. Yet today, Central Asia’s first high-speed railway allows an ultra-sleek electric train to link the two old cities to Tashkent, the capital, reducing what used to take over three weeks by a camel caravan and seven-hours by traditional rail to a little over three hours.

“In the century of interconnectedness and interdependence,” Darya says, “tradition is the main cause of conflict between parents and children in Uzbekistan,” and nothing breeds enmity like wedding traditions. “Parents choose partners for their children, often without asking them whether they want the match or not,” Darya says as she describes her “friends who married a person whom they had seen only a couple of times during official dinners.” Despite domestic violence, several of her female friends “cannot file for divorce or even think about it because of the stigma, which would stay with them forever.” A girl who dates without a chaperone faces disgrace as well. Things are beginning to chance, she says, and “many young people try to explain to their parents that wedding traditions are silly in 21st century. They date without being escorted and then marry each other, not as complete strangers, but as a loving couple.”

At her lyceum (high school) Darya first became interested in Model UN activities for students. In the fall of 2014, she enrolled at the Tashkent branch of Gubkin Russian State University of Oil and Gas, a national research university, and majored in economics. There she participated at the international level of MUN, competing her second year in Rome. “It was the first time in my life when I found myself among people from all over the world,” she says, marveling at her first conversation with a gay person, and becoming “more open-minded and able to accept and understand other people’s points of view.” Further travel in Europe, Moscow, Lithuania, and Kyrgyzstan broadened her cultural and linguistic understanding, qualifying her to work with internationals throughout Central Asia. She’s convinced that “people in my country (I as well) are too limited in everything: we are not free in our speeches and even thoughts.” She fears the inability to understand and accept diversity may take on a “more radical character.”

Darya believes that this cultural rigidity has the greatest impact on “the most vulnerable classes of society. I’m talking about the children,” she says. Child labor is still tolerated, and special needs children need help that never comes. A Children’s Parade proved to be a transformative experience for Darya, and she joined the “Give a Chance” organization, volunteering to support mentally retarded children.

She also joined the Uzbekistan Youth Union, an NGO that helps young people find their places in the world. Surprising Darya, the leader appointed her as a main coordinator, responsible for all the charity events. Right away, her team established monthly trips to orphanages and boarding schools and arranged three charity fairs. On one project, she and a team of creative volunteers signed on to paint walls for children’s hospitals, the first taking place on a cancer ward.

“For the first two weeks, we tried to paint the walls perfectly,” Darya says. “Some of the volunteers were professionals, so they drew beautiful pictures for us, and then we painted them.” Darya assumed it was their goal “to transform the hospital into a masterpiece.” Many children were afraid at first. One three-year-old boy seemed quite suspicious of the whole process, but at the beginning of the third week, he approached Darya and took the paint brush from her hand. “He began painting the wall, randomly choosing different colors and absolutely ignoring the drawn pictures.” Other children joined him, “and in an hour the hospital looked as if colorful bombs exploded there.” Darya realized that creating perfect cartoon characters was not important. “What really mattered was making children forget about their disease.”

She currently is managing a winter clothing drive for needy children struggling through the harsh winters. The experience with Youth Union has taught her that she has the ability to negotiate with different people, even a hundred at a time, reacting with outward calm under external duress in order to be supportive of her team. “I realized that I am fully in love with this job,” Darya says. She hopes to build her career as a member of the non-profit sector.

Her internships might suggest a different direction, however. Over two summers, she served as an intern at Uztransgas, working on economic analysis. At the Shurtan gas chemical complex, she interned in the development department. “I think that my economic knowledge is crucial to the altruistic goals I want to achieve in future,” she says, pointing out that a lack of funds is the reason many social enterprises fail. “But to achieve this target you cannot ignore economic components of the process. Social impact is my goal.”